Fallout 76 To Get Free DLC for Years, Microtransactions Are Cosmetic Only and...

Bethesda confirmed a lot of new Fallout 76 details, starting with the fact that DLC will be free. There'll be cosmetic microtransactions only

Spencer on Next Xbox: Frame Rate Is An Area Where Consoles Can Do More, CPU/GPU...

Spencer talked briefly about the next Xbox, stating that frame rate is an area where consoles can do more and CPU/GPU balance has to improve. 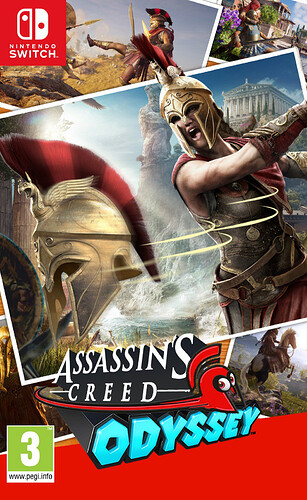 Grim Fandango Was Performed Live On Stage, With Jack Black, And It Was Magical

One of the absolute highlights of this year’s E3 has been the idea Double Fine had to perform classic adventure game Grim Fandango live on stage, complete with original voice actors and band.

Control (Remedy) is a "Metroidvania" style "open ended sandbox" (with side...

Probably one of my favorite announcements at E3 so far and I love what I'm hearing. Gameplay looks great. You play as Jesse Faden, who’s undergone a...

You play as Jesse Faden, who’s undergone a strange ritual to become the new director of the mysterious Federal Bureau of Control. The bureau’s is being attacked by a similarly mysterious force called the Hiss, which is wreaking havoc inside their headquarters, The Oldest House. This building - a magical place of power with a constantly shifting interior and layout - is the setting for the entire game.

Remedy calls this a “world within one location,” and the studio’s creative director, Sam Lake, says that “Metroidvania is a good description in some ways. You are unlocking the world as you go and discovering new places.”

Jesse will uncover new abilities over the course of the game by finding “objects of power,” and these abilities will let you reach previously inaccessible locations. One such ability is levitate, which will naturally let you float over to new locations, opening new avenues for exploration.

Control is “more open ended,” than previous Remedy games, Lake tells us. “It’s more sandboxy in a way.” Alternate paths will spoke off from your main missions toward new characters with unique side quests.