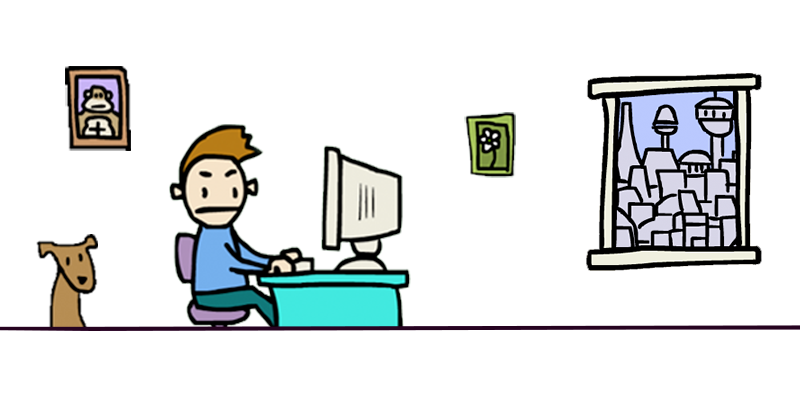 If I Made Another Monkey Island

If I Made Another Monkey Island

Yeah, I know, that sounds like the title of the O.J. Simpson book. I realized that after I typed it, but I’m not going to change it.

So, before I get into this fanciful post, I want to make one thing perfectly clear… actually, I’m just going to make it my first point. It’s probably the most important one. Actually, I’ll make it the first two points.

Two - Let me say that again. There is no new Monkey Island in works and I have no plans to make one. I’m just thinking and dreaming and inviting you come along with me. Please your keep your hands inside the boat at all times. No standing or you might get wet.

But, If I made another Monkey Island…

Three - It would be a retro game that harkened back to Monkey Island 1 and 2. I’d do it as „enhanced low-res“. Nice crisp retro art, but augmented by the hardware we have today: parallaxing, depth of field, warm glows, etc. All the stuff we wanted to do back in 1990 but couldn’t. Monkey Island deserves that. It’s authentic. It doesn’t need 3D. Yes, I’ve seen the video, it’s very cool, but Monkey Island wants to be what it is. I would want the game to be how we all remember Monkey Island.

Four - It would be a hardcore adventure game driven by what made that era so great. No tutorials or hint systems or pansy-assed puzzles or catering to the mass-market or modernizing. It would be an adventure game for the hardcore. You’re going to get stuck. You’re going to be frustrated. Some puzzles will be hard, but all the puzzles will be fair. It’s one aspect of Monkey Island I am very proud of. Read this.

Five - I would lose the verbs. I love the verbs, I really do, and they would be hard to lose, but they are cruft. It’s not as scary as it sounds. I haven’t fully worked it out (not that I am working it out, but if I was working it out, which I’m not, I wouldn’t have it fully worked out). I might change my mind, but probably not. Mmmmm… verbs.

Six - Full-on inventory. Nice big juicy icons full of pixels. The first version of Monkey Island 1 had text for inventory, a later release and Monkey Island 2 had huge inventory icons and it was nirvana. They will be so nice you’ll want to lick them. That’s a bullet-point for the box.

Seven - There would be a box. I imagine most copies would be sold digitally, but sometimes you just want to roll around in all your adventure game boxes. I know I do. Besides, where would you store the code wheel?

Eight - There would be dialog puzzles. They weren’t really puzzles, but that’s what we called them. Being able to tell four jokes at once and meander and getting lost in the humor of a conversation is the staple of Monkey Island. No one has done it better since. Just my opinion.

Nine - I would rebuild SCUMM. Not SCUMM as in the exact same language, but what SCUMM brought to those games. It was a language built around making adventure games and rapid iteration. It did things Lua could never dream of. When Lua was in High School, SCUMM beat it up for lunch money. True story. SCUMM lived and breathed adventure games. I’d build an engine and a language where funny ideas can be laughed about at lunch and be in the game that afternoon. SCUMM did that. It’s something that is getting lost today.

Ten - It would be made with a very small team. Not 30 or 20, but 10 or less. It means the game would take longer, but it would be more personal and crafted with love. Monkey love. Wait… that’s not what I meant…

Eleven - The only way I would or could make another Monkey Island is if I owned the IP. I’ve spent too much of my life creating and making things other people own. Not only would I allow you to make Monkey Island fan games, but I would encourage it. Label them as such, respect the world and the characters and don’t claim they are canon. Of course, once the lawyers get ahold of that last sentence it will be seven pages long.

Twelve - It would be called Monkey Island 3a. All the games after Monkey Island 2 don’t exist in my Monkey Island universe. My apologies to the all talented people who worked on them and the people who loved them, but I’d want to pick up where I left off. Free of baggage. In a carnival. That doesn’t mean I won’t steal some good ideas or characters from other games. I’m not above that.

Thirteen - It won’t be the Monkey Island 3 I was going to make in 1992. I’m not the same person I was back then. I could never make that game now. It is lost to time. Hopefully this one would be better.

Fourteen - The press won’t get advanced copies. I know all the reasons they want to get a game in advance, and they are all valid, but I feel they should play it at the same time you do. I hope they won’t be mad at me. My Metacritic score hopes they won’t be mad it me.

Fifteen - It would have full voice. It’s something we dreamed of back then and we can do it now.

Sixteen - If I used Kickstarter, there would be no fancy videos of me trying to look charming (as if I could). No concept art or lofty promises or crazy stretch goals or ridiculous reward tiers. It would be raw and honest. It would be free of hype and distractions that keep me from making the best game I could. True, I wouldn’t raise huge sums of money or break any records, but that’s not what I want to do. I want to make a game.

Seventeen - The game would be the game I wanted to make. I don’t want the pressure of trying to make the game you want me to make. I would vanish for long periods of time. I would not constantly keep you up-to-date or be feeding the hype-machine. I’d show stuff that excited me or amused me. If you let me do those things, you will love the game. That, I promise.

I hope you’ve had as much fun reading this as I had writing it.

@grumpygamer
@OratiosPoulos @jasonschreier MI3 doesn't go out of canon. We were very careful about that. Murray is in this game.